A generation ago working women were either dependent on men economically or they performed basic jobs. Today, female leaders worldwide are confidently making waves in social, economic and political waters. To celebrate these women that have emerged victorious despite the challenges in this region, ITP Group hosted its annual 100 Most Powerful Arab Women event on the 12th of March 2014 at the JW Marquis Hotel in Dubai, proudly sponsored by Servcorp, the world's leading provider of office solutions.

This year's list of the Arab world's most powerful women was topped by HE Sheikha Lubna Al Qassimi for the fourth year running. As the first female minister in the UAE cabinet and one of the 1st Emirati woman to obtain a technology degree, Sheikha Lubna continues to be a mentor to Arab women all over the world.

The second position on the list was awarded to Haifa Al Mansour, the Saudi film director whose film, Wadjda, was the first Saudi film to be nominated for the Academy Awards. Reem Al Hashimy, the UAE's Minister of State and managing director of Dubai's Expo 2020 bid team, took her place as the third most powerful Arab woman on the list.

Laudy Lahdo, Servcorp's General Manager in the Middle East, delivered a powerful speech to commemorate the evening; "we are truly honoured to be part of this occasion celebrating the accomplishments and abilities of the women who define the way that the rest of the world sees the role of females here in the Arab world. Today's woman is inspirational as she overcomes obstacles with ingenuity and resourcefulness. The modern Arab woman is a powerful force-- stronger and sharper. Each has earned her status with tireless determination and is a symbol of tomorrow's future. As Haifa Al Kaylani, founder of the Arab International Women's Forum said 'Change is coming and it has been coming'."

The night was concluded with Servcorp receiving an award from H.E. Sheikha Lubna Al Qasimi. Laudy commented, "We are honoured to receive this prestigious award from Her Excellency Sheikha Lubna Al Qasimi. We share the belief in empowerment and excellence that these great women possess and we strive to provide the best business services and IT solutions as we continue growing our office solutions in the Middle East region. "

For the full photo album click on the following link 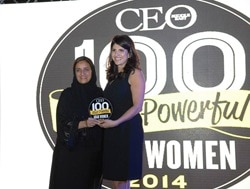 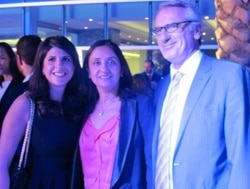 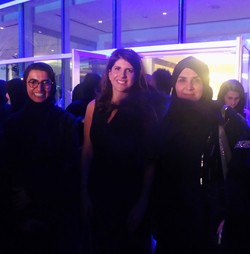 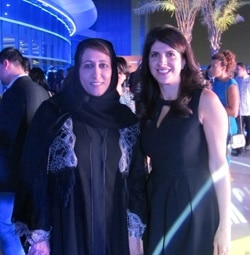 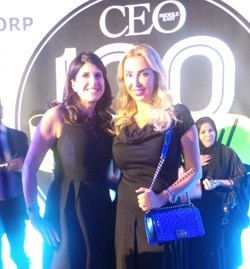